Hollywood Beauty: 10 Nails and a Pitch 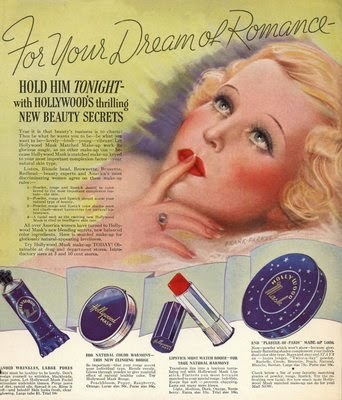 I am at the American Film Market. I'm surrounded by sun-kissed actors and models, producers and writers, movers and shakers. But you can spot me easily as I'm the one with chalk-stick legs, no Botox, and still wearing a teen-charm bra at this age.  I dabble in the glamorous and colorful industry of movies. But I am not a glamorous or colorful woman by industry standards. It's the humiliating adventures that add a little color to my life.

Years ago when I ventured into Hollywood for my first screenwriting seminar and networking party I promised my mom that I would do her proud. I would NOT dress like a tomboy. I would stuff my size 8-and-a-halfers into a pair of killer heels. I would glide on the lip gloss. I would sweep on the eye shadow.  And to top it off I would even wear fake press-on nails at my mother's request. "We don't want you looking like a corn-pone in the big city!" she said.

I decked myself out in all the glimmers, shimmers, potions and lacquers you can imagine. Suit? Smart. Hair? Not horrific. And my fingers sported 10 glossy, coral-colored press-on nails. Babs would have been proud.

After mingling with the crowd for an hour I found myself near the hors douvres table where a large butter sculpture of a swan swam on a bed of lettuce. Tiny goldfish crackers were sprinkled around the swan like confetti. (I don't get it either. I was hoping that if I shared that image someone might shed some light on what that was all about.)

Standing next to the swan was a rather unassuming looking man. Bespectacled. Nervous. Quiet. I introduced myself thinking he was just another overwhelmed screenwriter from out of town. After a few comments about the butter swan and scarfing down a couple handfuls of goldfish crackers he invited me to pitch my scripts. I had met my first producer!

And I had a mouth full of goldfish mush embedded in my gums.

A quick swig of Sprite and I was ready to go. I pitched the first five scripts I had written. He hated them. Then I pitched a swing-era script I didn't think would fly. He loved it. He asked many questions about the story, the characters, the budget. This guy was really into it!

I smoothed back my hair so it would have a little extra bounce during our conversation. That's when my hand – with all those lovely coral-colored press-on nails – got caught in my hair. I couldn't yank it free. Somehow, my hair had gotten twisted around the fake nails right in the middle of my captivating pitch. I mean – he looked captivated. (In retrospect, perhaps he was captivated with my dilemma and not my script.)

I didn't miss a beat as I yanked my hand as hard as I could. It came free. Much relief! Until I glanced down and noticed that two of the fake nails were missing from my carefully self-manicured hand. I casually touched my hair during the rest of our conversation. In fact, I touched it a lot, but I couldn't find the lost nails anywhere.

After we exchanged contact information, I dashed off to the ladies room and looked in the mirror. Hanging in two brilliant clumps were my fake coral nails. I had to cut them out when I got back to my motel. Thank you, God. Thank you very much.

This was my introduction into the world of moviemaking. 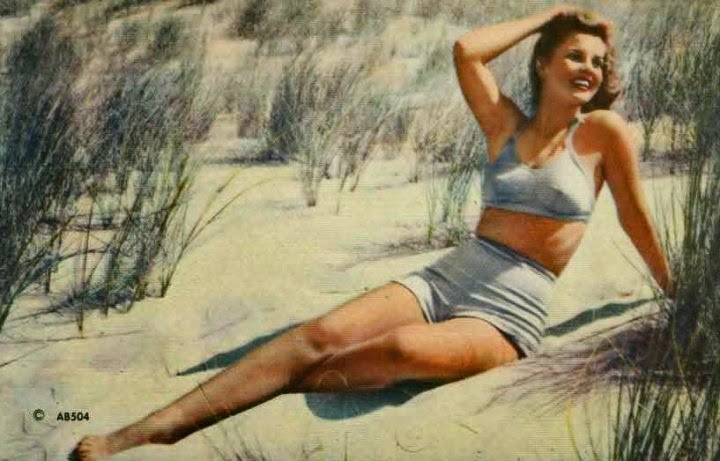 I have been in the periphery of the business as an indie screenwriter and producer for over 10 years now and you'd think it would be bit easier for me to develop class and poise when I take a meeting or give a presentation. I am always the one at the table with food in my teeth (I actually eat at these lunches).

My producing partner, who is rather young and rather hot (if you have tweeny daughters his Tiger Beat or Popstar fold-out posters might still be taped to their walls), enjoys harping on me to try dazzle it up a bit – to at least use an eyelash curler so my eyes will POP. But given my past record I fear I would rip out my eyelashes during some crazy mishap while curling them. A sneeze perhaps. Or maybe an earthquake.

So I go about my life in a glam biz with poker-straight eye-lashes and chronic red test-rabbit eyes – which is  probably the only colorful thing about me. Lord knows I try. (We won't talk in great detail about the mishap with the bikini-line hair removal wax that I accidentally dropped onto my ... ahem … woman hairs down there. I had to give myself an impromptu haircut. It looked like a bad topiary job when I was through. Such is life and the cruelty of beauty.)

Stay tuned for more misadventures of a Cowtowner in Hollywood.

Posted by Scratches and Scribbles at 5:58 AM No comments: