DEATH OF THE MOVIE STAR


WHERE ARE ALL THE MOVIE STARS?

I probably don't have a point to make and none of this will enlighten anyone or make the world a better place -- but I feel the need to ramble on a bit about movie stars.

A few short weeks ago Variety put out a piece entitled Movie Stars Have Become an Endangered Species. Over on Stage 32 there’s a huge discussion on whether the era of the movie star is over.

So what is it that makes us plop down our  $10-17 for a movie ticket in this day and age when our world is full of economic woes?  Is it the star or the story?  Or is it smart marketing?

When I was younger it was 50/50 with me. I loved certain movie stars. Most teens do.  I would gladly spend my babysitting money on a ticket to see the stars. But I also saw Jaws over and over again. No stars. Just one terrifying shark.

These days, if there's a Wes Anderson, Alexander Payne or Guy Maddin film I'll be there. I have to say that reviews will also get me in a seat. I may never have seen Asghar Farhadi's excellent "A Separation" had it not been for all the glowing reviews.

Recently, though, too many editorials and thought pieces are heralding the news that we are witnessing the death of the movie star. I reluctantly agree.

Arguably, the most glamorous year for Hollywood was 1939. Hollywood was in its heyday. Big pictures like Gone with the Wind and the Wizard of Oz were served up. Movie Stars were untouchable, gorgeous beings – beautifully lit, meticulously groomed. Not that the current generation isn't also gorgeous and well-lit. They are. 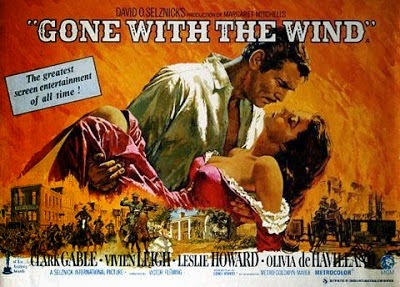 The thing that separates today’s movie stars from Hollywood's "glamorous" era is progress and excess. The bubble used to be impenetrable. Once upon a time you could only see a movie star on the silver screen or in a magazine. IF you lived near Hollywood you might be able to see a premiere.

Stars were pretty untouchable
and unreachable.


Today there's a glut of self promotion on social media from stars who can't get enough attention. We see ALL aspects of their lives. They're everywhere we look. Twitter. WhoSay. Facebook. Snapchat. Blogs. You name it. It's how we all communicate. It makes the world smaller. It makes stars accessible. It also overexposes them.

Even too much ice cream will make you sick after a while.

Today, anyone can write a script, shoot a movie on iphone, and slap it on youtube or vimeo or a plethora of other sites. There’s an oversaturation.

Hollywood had its bright and shining moment – a sparkling beacon of grand cinematic wonder. But those days are over. The rest of the world doesn't need or even want to shoot movies in Hollywood. At the last American Film Market more than one notable Hollywood producer who spoke on the finance panel admitted to shooting 8 of their 10 movies outside of LA.

Why? Because it's cheaper. And infrastructure and incentives have popped up all over the map.

Hollywood had a great run – and it's not dead yet. It may remain a hub of history and archives for movies. But it will never be what it used to be. The newness and wonder are gone. We are a world that understands the gimmicks behind the magic and can make a flash-in-the-pan "star" out of a pimpled youtube teen with a drumbeat machine.

But we still need to share stories. That's what bonds people around the world. It's how we communicate.  In this brief and fleeting life it gives us a chance to share our experience.

So what is it for you? Is it the star or the story (or a slick bombardment of marketing) that will pull you out of your comfy home to buy a movie ticket?

Posted by Scratches and Scribbles at 8:06 AM No comments: